Vibeke Tandberg’s stock of materials includes her own earlier works – new works are made from the old ones, materials appear in new contexts, and ideas build successively on one another. In this publication she has re-used a mask used as a prop in the photo series Old Man Walking Up and Down a Staircase from 2003 where, in an advanced state of pregnancy, she mimed the subject of Duchamp’s well known painting.

In Old Man 2015 she uses the scanner as a camera. The black space that surrounds the illuminated mask looks grotesquely theatrical, as if taken from the downmarket end of the horror film genre. The mask presses against the glass plate such that nose and cheek are squeezed flat – a further deformation of wrinkles and features of age. The pale complexion creates a sense of unease with its insistent lifeless physicality. Tandberg’s eyes disturb us with their naturalness, and blink through the folds of the mask. In one picture she twists her head such that her neck is shown with thick veins, and the rough distinction between real skin and artificial mask seems both crude and vulnerable. The rubber prop plays on the natural decay and wrinkles of the skin, but also on the face itself as mask. As Rainer Maria Rilke wrote: “There are people who wear the same face for years; naturally it wears out, gets dirty, splits at the seams, stretches like gloves ...” The inherent identity transformation of the masking and the possible leap between genders and generations are for Tandberg an undertow that is both dark and playful. 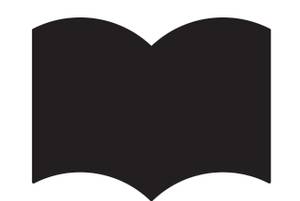